MYSTERY OF THE MAD SCIENTIST

You are in the house where the crazy scientist once lived. He was a recluse and no one has ever seen him. Strange noises were coming out of the house. The noises stopped on 10th of October 2014 and that`s why the police was called by worried neighbors. The door was breached, but no one was found inside. The scientist has disappeared. Or maybe he has never existed? Every night the strange noises are still can be heard from the house.

Unravel the mystery of the scientist and hurry up to find a way to get out of the house before the time runs out.

Reserve
NoGame
2-7
35-90
Room for the constant movement of players, here there is an unusual approach, the gameplay and the saturation of tasks
2-7
16+ 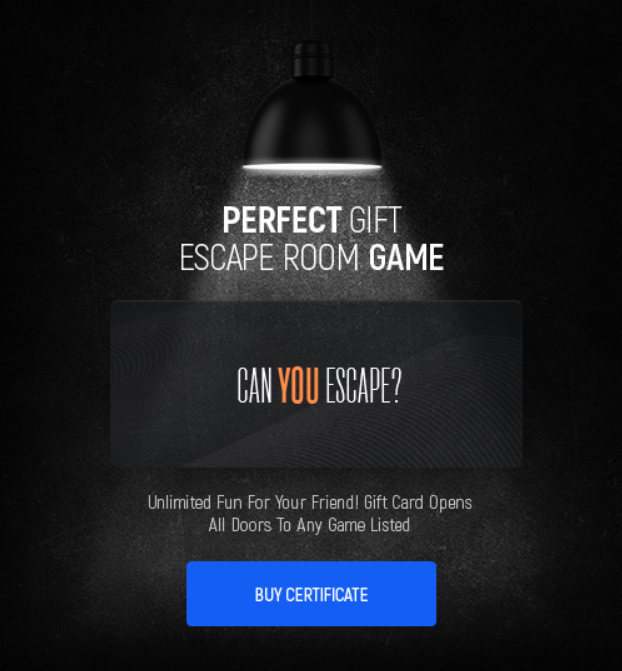